There are a lot of watch terms out there that may be tricky, but one that shouldn’t be is tourbillon.

The tourbillion is the “brain” of the watch that uses a balance wheel that completes a rotation every 60 seconds. It moves the second hand of the watch as it spins. Mechanical watches have what is called an escapement to allow the number of oscillations to be counted based on the transfer of energy to the timekeeping element.

In a tourbillon, escapements are housed in a rotating cage that is constantly moving. This means that the watch is impervious to gravitational pull that would otherwise affect the timekeeping ability of standard mechanical watches.

The other element is the balance wheel. This replaced the gravity-controlled pendulum that was in traditional grandfather clocks. These two elements also suffer from the slowing of gravity in a pocket watch.

History of The Tourbillon

In 1775, Abraham-Louis Breguet came up with a simple, yet incredibly mechanically complicated idea to counteract the slowing effects gravity has on pocket watches. His idea was to enclose the balance wheel and escapement in a constantly rotating cage. Thus, gravity’s effect is averaged out and does not impact on the watches timekeeping ability.

What this required was making a freely rotating wheel cage that moved the escapement and balance wheel consistently while relying on the very aspect of the watch it was meant to assist. Despite the enormous complexities, Breguet was able to patent the tourbillon in 1801.

While the technology may be overkill, it is really awesome to look at. Because the tourbillon is constantly moving, it makes the watch look more alive.  Pair this fascinating movement with the staggering price tag and you have yourself a very elegant conversation piece on your wrist.

The pair of triple-axis tourbillons compensates for the negative effect of gravity on the regulatory organ in all positions. The connection between the twin tourbillons is to stabilize the entire system by having one compensate for the other. Watching these two tourbillions spin around their 3D rotation in a fast, jerky movement is nothing short of amazing.

With a price tag of just over a half-million US dollars, the ‘Furious’ has set a new bar for what a tourbillon watch can do.

What To Know Before Buying a Tourbillon

Purchasing a tourbillon watch is something that not many people ever do in a lifetime. The restrictive price tag for a true tourbillon denies access to many to this exclusive club. It is important to ensure that you are getting a great deal on a tourbillon.

When a watch dealer shows you something that looks like a tourbillon, but is under $10,000? Nope. There are many ‘open heart’ style watches, which mimic the look of a tourbillon, but do not actually contain the sophisticated movement.

Expect to pay some big bucks for your tourbillon and get it through a reputable dealer. Make sure yours is authentic as there are many knockoffs out there!

If you enjoyed reading this article, be sure to check out 14 Helpful Watch Terms You Should Know.

What To Do When Water Gets Into Your Watch 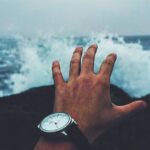 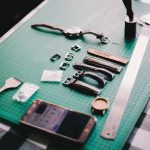 Tools You Should Have for a Watch Repair Kit