You’ve seen it often and heard how exquisite this complication is. But what exactly is a chronograph and what does it do?

In simpler words, a chronograph watch has a built-in stopwatch feature that allows the wearer to measure time intervals without interfering in the normal time-telling function of the watch. A chronograph watch can accurately record elapsed time from 1/100 of a second up to 12 hours.

You can see and compare the base time and elapsed time on the sub-dials. Usually, these sub-dials display either minutes and hours or minutes and seconds counters. A simple chronograph is the most common, which is operated by either one or two pushers to start, stop and reset time. 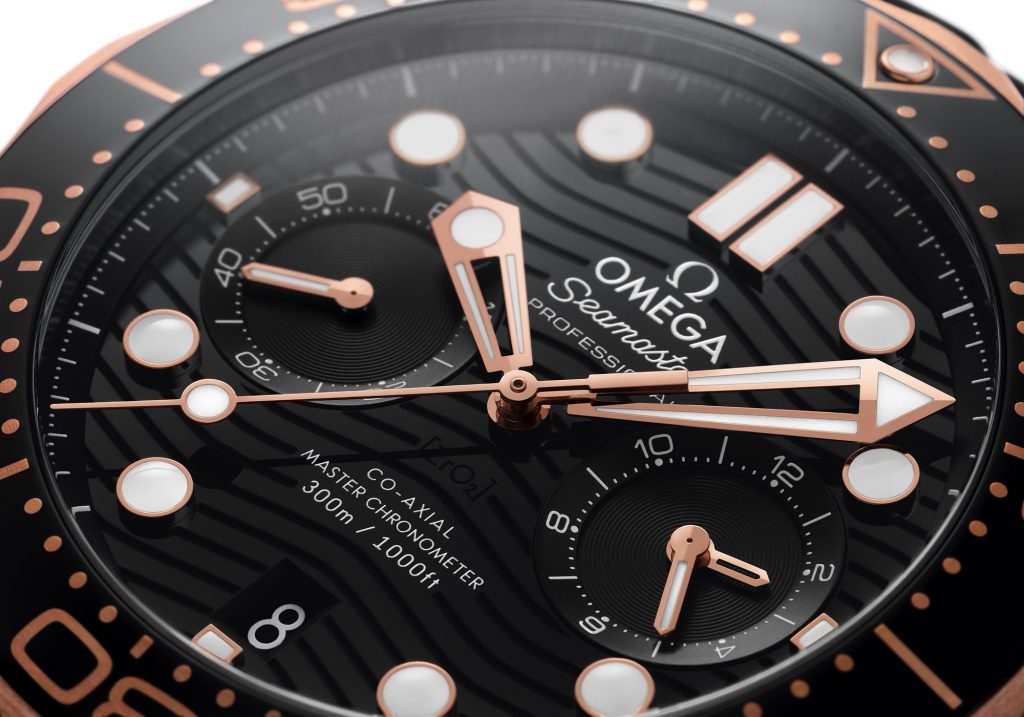 The flyback chronograph, on the other hand, is a more advanced complication in which you can use the reset function without the need to first stoping the chronograph (unlike in the simple chronographs). For multiple events that occur simultaneously, you will need the split-seconds chronograph, an additional complication within a chronograph function.

Looking suave without even trying, the Breguet Transatlantique Type XXI is a handsome flyback chronograph watch. 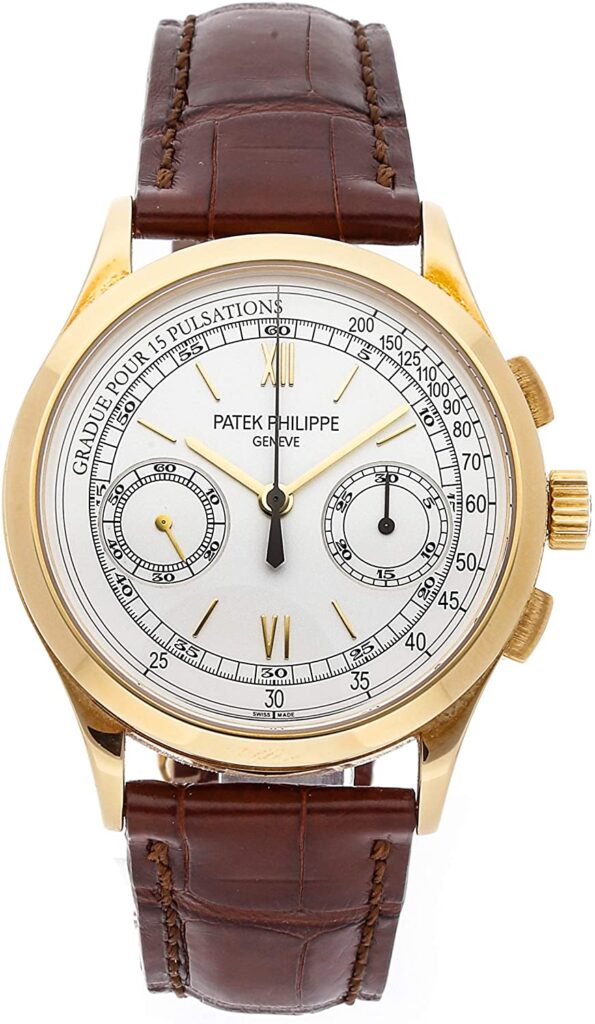 Elegant and sophisticated in its 18K yellow gold case and brown crocodile leather strap, the Patek Philippe Complications Chronograph is big both on style and technical functions.

Although it features several functions and details on the dial, this chronograph watch still manages to look clean and streamlined. Two sub-dials feature the small seconds (at 9 o’clock) and 30 minute chronograph counters (at 3 0’clock). The rectangular pushers are reminiscent of Patek Philippe’s famous 1940s and 1950s wrist chronographs. The 39mm case houses the Patek Philippe CH 29-535 PS calibre manual-winding movement, which offers a 65-hour power reserve. Waterproofed up to 30 metres, a brown alligator leather strap completes this chronograph dress watch. 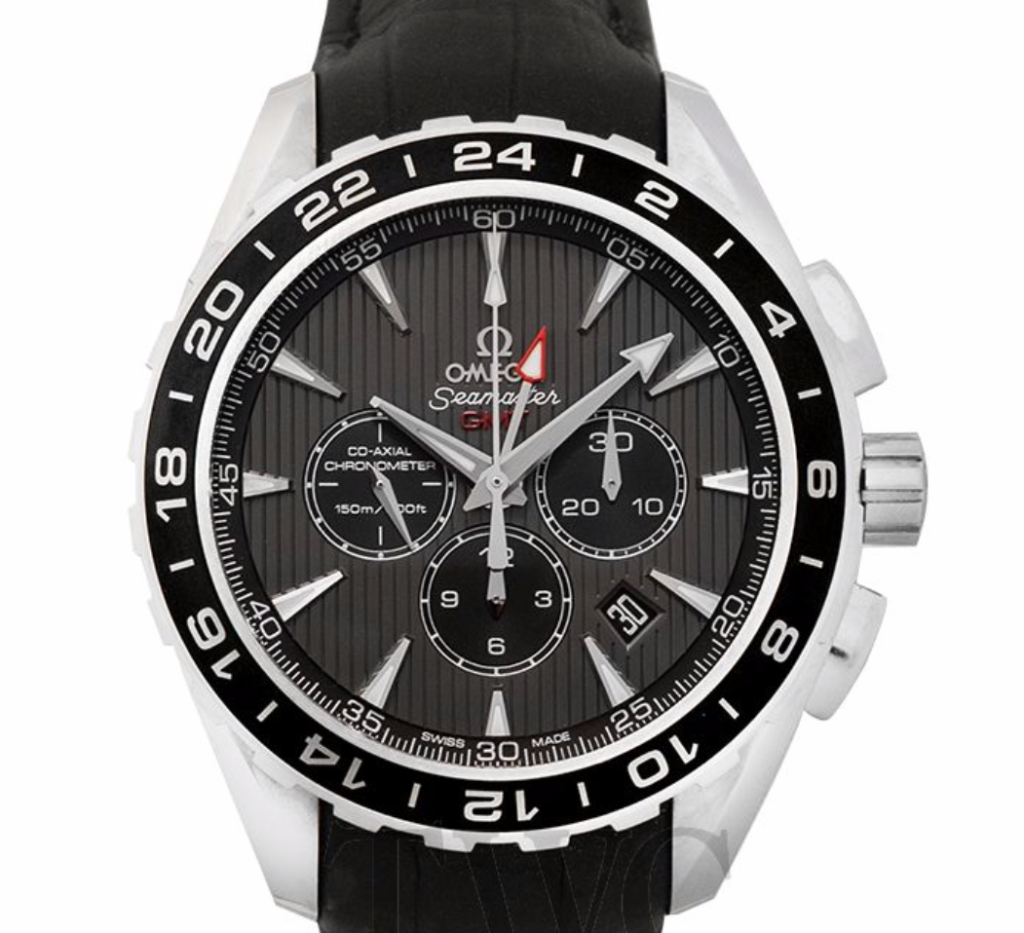 An homage to Omega’s maritime heritage, the Omega Seamaster Aqua Terra Co-Axial GMT Chronograph features a dial with a texture reminiscent of a sailboat’s wooden decks.

The self-winding Omega 3606 calibre movement with column wheel mechanism and Co-Axial escapement beats at the heart of this powerful chronograph watch. The chronometer functions are activated by return-to-zero pushers with 12 hours and 30 minutes sub-dial recorders. A second time zone through the 24-hour hand with the triangular tip is visible at a glance. The impressive chronograph watch boasts 52 hours of power reserve and 150m water resistance. And a matching black leather strap completes the look.

Paying tribute to Daytona — a place in Florida famous for the iconic Daytona 500 NASCAR race — the Rolex Cosmograph Daytona is synonymous with motor racing. It allows drivers to measure accurate elapsed time and speed on the tachymetric bezel.

The self-winding mechanical calibre 4130 movement drives this chronograph watch, which has 50 to 72 hours of power reserve. Activate the chronograph functions — from 1/8 seconds to 12 hours — using the pushers that can be screwed down like a crown when not in use. In addition, the chronograph also features Parachrom hairspring, which ensures greater resistance to shocks and temperature changes. A Rolex-patented Oysterflex bracelet and a 100m water-resistance complete this robust watch.

Panerai launched its first chronograph in 1943 with the introduction of the Mare Nostrum prototype. To this day, Panerai’s chronographs carry the same sophistication and craftsmanship as the original. 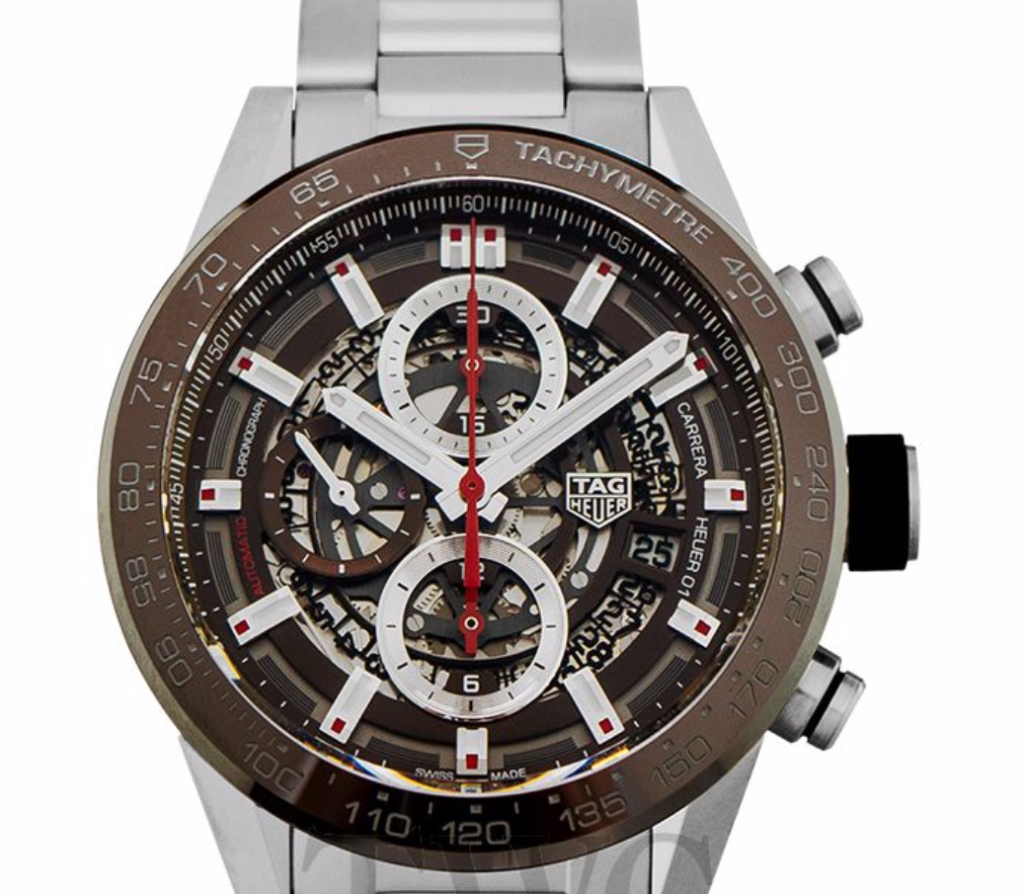 Highlighting date, power reserve, and chronograph functions, this TAG Heuer Carrera Chronograph is a powerful timepiece, to say the least.

Featuring a skeleton dial against a fine-brushed and polished steel case, the 43mm watch runs on a Swiss-made Calibre Heuer 01 movement. Rhodium-plated luminescent indexes and three sub-dials with 1/4 second, 30 minutes and 12 hours chronograph counters are visible on its skeleton dial. It boasts a power reserve of 50 hours and water-resistance of up to 50 metres.

Interested in another fun complication? Why not check out our feature on the romantic watch moonphase complications.

Get Moonstruck by These Moonphase Watches 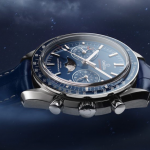 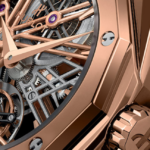