Whether you love watches or not, you must admit that the culture surrounding them is as interesting as any other in the fashion industry. With expensive luxury brands, histories that are centuries long, and compelling characters producing and wearing watches, it is impossible to resist the fun watch facts that come out of the timepiece industry.

We have compiled some of our favorites below! The pocket watch is nearly dead in the modern world, but a couple hundred years ago, it dominated the market. In fact, wristwatches were rarely worn until the last 100 years or so. Though they seem more archaic and less functional, you probably would have had one if you lived in the 19th century.

2: The First Ever Watch Was a Piece of Stone (Kind Of)

Though historians believe the Sumerians were the first to record time in 2000 BC, the earliest evidence of using a physical object to keep time comes from the ancient Egyptians. What they did was carve a large, stone obelisk that would be placed in a specific location. As the sun moved, so did the stone’s shadow. They estimated the time from the length and direction of this shadow.

This isn’t always the case, but sometimes the trend is that cheaper watches use quartz movement and luxury watches use mechanical. While mechanical watches are heavier, more beautiful to look at, and more complex, they are actually less accurate than quartz. Of course, most watch collectors are not after pure functionality when they shop. Instead, they pay for the craftsmanship that comes with complicated inner workings.

4: Wristwatches Were Originally Made for Women In the modern world, just about everybody wears wristwatches. In the past, this was not the case. As we mentioned above, pocket watches dominated the industry for a long time. When the wristwatch came along, its primary purpose was to decorate the wrists of women, who generally did not carry pocket watches. It was only after a few decades that men decided that they would like watches on their wrists too.

5: They’ve Been to Space and the Moon

The space race of the 20th century has entire novels written about it, but one thing that is rarely mentioned is the watches theses astronauts wore. If you don’t know, it was actually the Russians that made it to space first. When they did, their astronauts were wearing Strela watches. When the US saw that Russia had made it to space first, they ramped up their research and development. The result was the US getting to the moon first. The watch worn by their astronauts was the Omega Speedmaster.

One of the most critical factors in war is planning coordinated attacks. Unfortunately, it is incredibly hard to do so when you don’t know the time. In WWI, this became a non-issue, as every soldier began to wear wristwatches for the first time in history. With them, they could synchronize their attacks effectively.

7: Casio Tested Their G-Shock Models in the Most Logical Way Possible The Casio G-Shock models are known throughout the industry as being nearly indestructible. They are waterproof to great depths, shock resistant, and as reliable as a watch can be. When Casio was testing this watch, they did not conduct experiments in some stuffy laboratory. Instead, they tested shock resistance using the most logical method possible: Dropping prototypes out of a 4th story window.

8: Rolex Has Been to the Bottom of the Ocean

While most luxury watches are water resistant up to 100-300m, Rolex took things even farther with their Deep Sea Special watch. It was taken nearly 11,000 meters to the bottom of the Mariana Trench and performed flawlessly under immense pressure.

9: Most Advertisements Have Watches Set to 10:10

You may or may not have noticed that watch advertisements almost always use this same time. The reason? Marketing experts believe that people are more likely to buy these watches because that time resembles a smiling face.

The most expensive watch ever bought is a Rolex Daytona, which generally doesn’t sell for more than $30,000. The reason is that it was owned by the famous actor Paul Newman and was clearly highly sought after because of it.

We hope you enjoyed this deep dive into the fascinating culture of timepieces! Every iconic brand like Rolex, Cartier and Omega has its own incredible story, so if one of these facts caught your eye, go ahead and check out more information about that brand.

6 Impressive Watches for Women Under $500 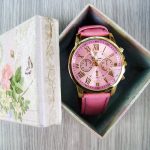 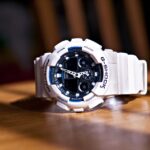 8 White Watches Every Minimalist Would Love